Cannabis was valued throughout the world as much for its healing properties as for its recreational uses. In America, the hemp plant was cultivated on thousands of farms and hempseed oil was commonly used for medicinal purposes. Americans also enjoyed the pleasing effects of smoking cannabis in addition to consuming alcoholic beverages.

However, over time, cannabis was deemed a threat to commerce and society. It was eventually banned, but the evidence against it was based more on sensational media stories, greed and aspirations to political power than on public opinion and unbiased scientific research. As a result, the cannabis community was driven underground, creating a culture of misunderstanding, suspicion, fear and illegal activity.

Today, science and medicine are leading a nationwide wave of efforts to legalize medical and recreational marijuana and its chemical compounds for use as effective treatments for Alzheimer’s disease, multiple sclerosis, cerebral palsy, glaucoma, cancer and other serious medical conditions. In response, states across the country have begun legalizing medical and recreational cannabis, creating a new jobs and significant new sources of tax revenue.

At Shango, we also are here to educate and believe in the power of cannabis, hemp and the written word. Here are some answers to other Frequently Asked Questions:

Q: Where Does the Name ‘Shango’ come from?

A:  Shango is a Sky Father, an African warrior king who became the god of lightning, thunder and fire, and one of the most powerful “Orishas” in the Yoruba religion’s pantheon. His name is a combination of the words “shan,” which means “to strike hard,” and “go,” which means “to bewilder.” His symbol is the double-headed axe, representing swift and balanced justice.

But Shango also represents the vital force that compels people to live life with joy and intensity. He represents passion, intelligence, wealth and masculine beauty. And he is the “owner” of the drums and the arts of music, dance and entertainment.

The Shango mythical icon represents passion, intelligence, wealth and masculine beauty. He is the “owner” of the drums and the arts of music, dance and entertainment. Shango translates to a “Sky Father,” an African warrior king who became the god of lightning, thunder and fire in the Yoruba religion.

Q: Does Shango Have Its Own Product Development?

A: Yes. Shango is at the forefront of product development in the cannabis industry. In our dedicated laboratories and kitchens, there is always a new flower strain, extract or edible on the horizon that will enhance the cannabis experience for our customers and open additional retail and wholesale revenue streams for our company.

A:  U.S. federal legislation known as The Farm Bill of 2014 made it legal to sell CBD derived from industrial hemp in all 50 states. Unlike Shango’s THC cannabis products, which currently can only be sold in Oregon, Nevada, Washington and our emerging California and Michigan markets, Shango CBD will be able to capitalize on the enormous potential of this consumer trend in a truly national, even global market through local, regional and internet distribution. Shango strategic partners, Neuro XPF and Mary’s Medicinals, have established specialty lines of niche CBD products:

 Neuro XPF targets professional and amateur athletes and sports and fitness enthusiasts, especially those participating in contact sports and those dealing with CTE and other sports-related physical and neurological conditions. They also target those in the military and Veterans suffering from PTSD.

 Mary’s Medicinals has a solid following for their line of CBD products, including patented CBD-infused transdermal patches.

Shango, together with Neuro XPF and Mary’s Medicinals, has seized the opportunity to dominate the national CBD market and set product quality standards, prices and consumer expectations in the U.S. marketplace. For more info, see our more detailed description of CBD in News Articles.

Q: What Are Distillates?

A:  Some of our latest developments focus on distillates, which represent the purest active form of cannabis extracts. Raw extracts are further processed through a molecular still to remove all impurities, flavors and aromas. The resulting distillates can yield a potency of up to 100 percent THC.

Shango will combine these powerful distillates with a wide variety of natural terpenes and flavorings, as well as other cannabinoids to create the active ingredients for our improved edible, topical and cartridge lines. These promise unprecedented quality, efficacy, effects and taste for our medical and recreational customers. Expect more breakthroughs in this emerging field.

Q: Does Shango test its Products?

A:  There’s more to the Shango network of dispensaries than just selling cannabis. Shango creates its own state-tested THC and CBD offerings and also carries reputable brands in a framework that delivers top-shelf products to Nevada and Oregon. Shango grows and creates cannabis and hemp products that are constantly tested for state standards in Nevada, the most stringent in the United States. Those same formulas are used in Oregon as well. Our facilities, retail stores and people in Oregon, Nevada and Washington are responsible, respected and honest business partners and good neighbors who make a positive difference in each of their host communities by putting forth tested, trusted products. 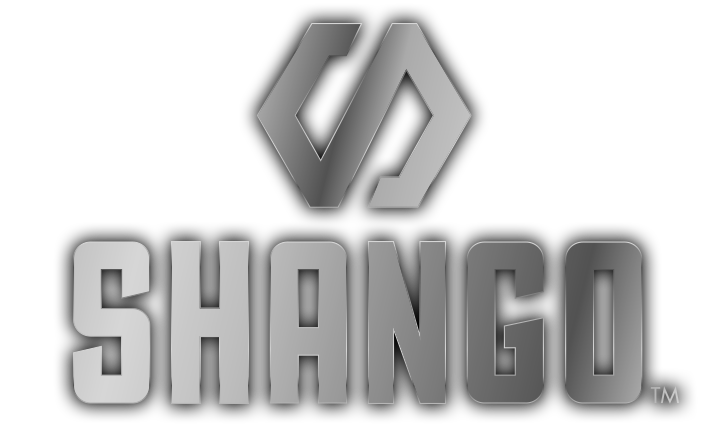