Medical marijuana for a child with leukemia 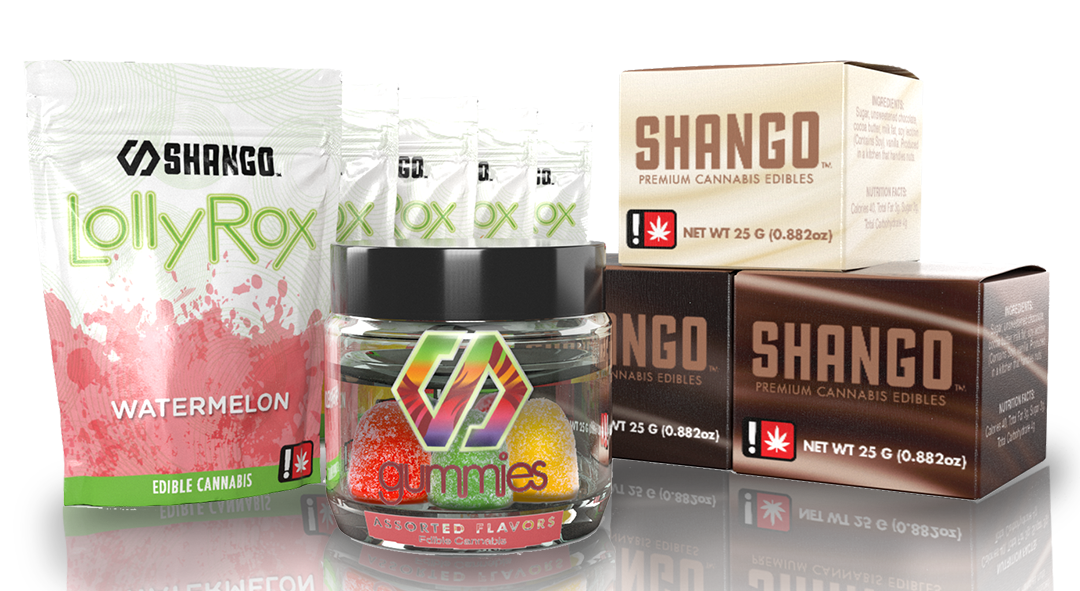 Medical marijuana for a child with leukemia

Mykayla is one of 2,201 cancer patients authorized by the state of Oregon to use medical marijuana.

The Oregon Medical Marijuana Program serves 52 children who have a qualifying medical condition, parental consent and a doctor’s approval. Like adults, most cite pain as a qualifying condition, though many list multiple health problems, including seizures, nausea and cancer.

Allowing adults to consume medical marijuana is gaining acceptance nationwide. But Mykayla’s story underscores the complex issues that arise when states empower parents to administer the controversial drug to children.

Oregon’s law, approved by voters 14 years ago, requires no monitoring of a child’s medical marijuana use by a pediatrician. The law instead invests authority in parents to decide the dosage, frequency and manner of a child’s marijuana consumption.

The state imposes no standards for quality, safety or potency in the production of recreational marijuana.

Little is known about how the drug interacts with the developing body, leading pediatricians say. A recent international study found sustained cannabis use among teens can cause long-term

damage to intellect, memory and attention.

Many doctors worry about introducing a child to marijuana when they say other drugs can treat pain and nausea more effectively.

Mykayla’s father, who is divorced from the girl’s mother, was so disturbed by his daughter’s marijuana use that he contacted child welfare officials, police and her oncologist. Jesse Comstock said his concerns were prompted by a visit with Mykayla in August.

“She was stoned out of her mind,” said Comstock, 26. “All she wanted to do was lay on the bed and play video games.”

But Mykayla’s mother and her boyfriend, Erin Purchase and Brandon Krenzler, see the drug as a harmless antidote to leukemia’s host of horrors. The couple, regular cannabis users raised in Pendleton, said Mykayla relies almost exclusively on pot to treat pain, nausea, vomiting, depression and sleep problems associated with her cancer treatment.

Mykayla, who favors a knit cupcake cap to cover her fuzz of strawberry-colored hair, said marijuana makes her feel better.

“It helps me eat and sleep,” she said, nestled against her mother on a couch. “The chemotherapy makes you feel like you want to stay up all night long.”

“She’s like she was before,” her mother said. “She’s a normal kid.”

Mykayla, a sweet girl with a splash of red freckles across her nose and cheeks, started showing

cancer symptoms last spring. She was feverish. She had a hacking cough and night sweats. A rash spread on her leg. Purchase, 25, worried that her daughter had Lyme disease or pneumonia. A Pendleton doctor suspected strep throat and put her on antibiotics.

But Mykayla’s health worsened. Purchase took her to a Hermiston pediatrician, who found a mass in the girl’s chest. Purchase and Krenzler, 27, drove Mykayla to Randall Children’s Hospital at Legacy Emanuel that afternoon. The following day

she was diagnosed with T-cell acute lymphoblastic leukemia.

“My whole life is her,” said Purchase, who became pregnant with Mykayla when she was a 17-year-old high school senior. “I was so scared of losing her. It was heartbreaking.”

Leukemia is the most common childhood cancer, striking an estimated 3,800 American children each year. Mykayla has T-cell leukemia, an aggressive form of the disease that affects 10 to 15 percent of patients.

Immediately, Purchase, who is divorced from Mykayla’s father and has sole custody, faced decisions about her daughter’s treatment.

With chemotherapy, doctors put Mykayla’s odds of survival at 76.9 percent and her chance of relapse at 7 percent, Purchase said. Purchase accepted the chemo as part of her daughter’s treatment, although she takes a generally dim view of the pharmaceutical industry, is skeptical of childhood vaccines, rejects genetically modified foods and avoids products made with high-fructose corn syrup.

What Purchase believes, emphatically, is that cannabis heals. Purchase said her stepfather’s topical application of cannabis oil cured his skin cancer. She said an acquaintance’s lung cancer went into remission after he used pot. And Purchase herself consumes marijuana daily.

She said she became an Oregon medical marijuana patient in 2010 to treat vomiting from a metabolic problem and from her pregnancy with her second child. She is so convinced of the drug’s safety that she consumed it during the pregnancy and while breastfeeding.

She was certain of one thing when Mykayla was diagnosed: The child would use marijuana to defeat cancer.

Purchase and Krenzler took Mykayla to The Hemp and Cannabis Foundation clinic in Southeast Portland, where a doctor looked over a letter from Mykayla’s oncologist stating her diagnosis. The doctor asked about Mykayla’s medications, her symptoms and how Purchase planned to give her daughter the drug.

Purchase said the physician “was pretty thorough.” If he had any concerns about Mykayla’s age, Purchase said, he didn’t mention them.

Ten days after her cancer diagnosis, Mykayla was an Oregon medical marijuana patient.

On a recent afternoon, Krenzler placed a baggie of empty pill capsules on the kitchen counter and unwrapped a 10-gram syringe of cannabis oil, known among marijuana patients as Rick Simpson Oil.

Krenzler filled a capsule with a half-gram of the dark sludgy substance that friends had prepared and handed it to Mykayla. The oil smells bad and, says Mykayla, tastes awful. Krenzler got lime-flavored capsules to help mask the drug’s pungent aftertaste.

Test results showed the substance had a tetrahydrocannabinol (THC) content of 58.6 percent, a much higher concentration than in dried marijuana. THC is the psychoactive property of marijuana that gives users a high.

Mykayla swallowed the pill. “First you get hungry,” she said. “Then you get really funny, and then you get tired.”

These days, Mykayla lives with her family in a 35-foot RV parked at a friend’s home in Gladstone while she undergoes chemotherapy. Returning to Pendleton is on hold.

Mykayla went into remission within a month of starting chemotherapy. Cancer specialists say such a development is expected, but Purchase and Krenzler credited marijuana. “She wasn’t responding as well until she got the cannabis,” Purchase said. Mykayla continues to receive a half-gram of cannabis oil twice a day: once in the morning, and again in the afternoon. Krenzler said marijuana can relax or energize Mykayla, relieve her pain, stimulate her appetite, ease her nausea or put her to sleep When she first started using marijuana, it knocked Mykayla out. She’d nap for hours at a time, a sign that Mykayla’s body was adjusting to marijuana, said Krenzler

“Once you get used to it and you gain a tolerance, it doesn’t make you high,” said Krenzler, who is listed with the state as Mykayla’s grower. “You’re functional.”

Sometimes, if Mykayla is feeling especially lousy, Krenzler and Purchase offer her a cookie or slice of banana bread baked with “budder,” made by slow-cooking butter and marijuana buds. Krenzler said she’s had up to 1.2 grams of cannabis oil in 24 hours, the rough equivalent of smoking 10 joints.

Purchase has an associate’s degree in medical office assistance but is out of work. Krenzler, 27, is also unemployed. The family lives on Mykayla’s Supplemental Security Income and food stamps.

The couple home-schools Mykayla for now. She loves sculpting clay and reading “Diary of a Wimpy Kid.” Her favorite book is “It’s Just a Plant,” a children’s book about marijuana illustrated by the artist whose work includes the blockbuster parody, “Go the **** to Sleep.” Mykayla often reads the marijuana book aloud to her 17-month-old sister, Ryleigh.

“It’s really fun,” Mykayla said. “It teaches you about cannabis, that it’s good for you and other people use it too.”

The faith Purchase and Krenzler place in marijuana’s curative powers is not shared by the American medical establishment.

Both doctors declined The Oregonian’s request for interviews.

Leaders of the American Academy of Pediatrics are circulating a resolution opposing the drug’s use in children, prompted by the growing number of states with medical marijuana programs.

“The issue,” said Dr. Sharon Levy, an author of the academy’s anti-pot resolution, “is that marijuana isn’t a medicine.”

Much is unknown about marijuana’s risks and potential benefits for kids, said Levy, an assistant professor of pediatrics at Harvard Medical School and director of the adolescent substance abuse program at Boston Children’s Hospital.

Studies showing marijuana can be effective against nausea and vomiting have focused on adults.

Sallan, a pediatric oncologist and professor of pediatrics at Harvard Medical School, said he views the drug as “relatively harmless.” He did groundbreaking research in the 1970s that found THC in marijuana helps prevent chemotherapy-related vomiting.

“If I had a teenager — not a 7-year-old — who kind of liked the psychological side effects, and it offered additional anti-vomiting protection, I would say, why not?” said Sallan.

On the other hand, Sallan said marijuana isn’t part of the “first line of anything we use” when treating childhood leukemia. Aware of the medical community’s concerns, the couple has not discussed Mykayla’s marijuana use with Glover, though they said the doctor is aware of it. Krenzler said he also didn’t tell doctors when he gave Mykayla marijuana in the hospital.

“She has never asked for a pain pill,” he said. “We’re not going to stop what works.”

Mykayla’s father said he was stunned to learn her oncologist was not consulted about the child’s marijuana use.

Comstock, who works in a North Dakota oil field, pays Purchase child support and covers Mykayla’s health insurance. He said he observed strange behavior during an August visit and took Mykayla to a private lab, where technicians detected THC levels of an adult daily marijuana user. Gladstone police contacted the girl’s mother, examined Mykayla’s medical marijuana paperwork, then told Comstock there was little they could do.

Comstock, who used pot in the past, said he doesn’t object to people over 16 using medical marijuana. But he worries about his daughter’s well being and the potential for addiction.

“She’s not terminally ill,” Comstock said. “She is going to get over this, and with all this pot, they are going to hinder her brain growth.

“It’s going to limit her options in life because of the decisions her mother has made for her.”

Mykayla disappeared into the bedroom of a friend’s home one recent evening and emerged in a pistachio-colored gown. Someone she’d never met had sent her 1,000 paper cranes that, according to Japanese tradition, offer a wish for healing. The tiny cranes, fastened to strings dangling from a belt, rose as Mykayla twirled.

“When you get married,” her mom told her, “you can wear it with your wedding dress.”

Mykayla took a seat at the kitchen counter, where she eagerly pored over a stack of letters from her classmates at Sherwood Heights Elementary in Pendleton, closely examining their crayon illustrations.

“Dear Mykayla,” she read aloud. “I hope you feel better. Do you like cats?”

Snacking on kiwi, she remembered the fun she had playing with friends and visiting the Pendleton Roundup before she got sick.

Mykayla will be the one to choose when to stop using marijuana, her mother said.

For now, Purchase hopes other parents won’t judge her for decisions she made when her daughter was “walking a line between life and death.”

“As a mother,” she said, “I am going to try anything before she can potentially fall on the other side.”