Will Oregon be next spot for pot tourism? Not until 2016

SALEM, Ore. — Oregonians voted 55% to 45% to legalize recreational sales and consumption of marijuana for people who are 21 or older.

Here’s what happens next:

Question: When can I start smoking?

Answer: Oregonians and visitors with an interest in lighting up a joint will have to wait until at least July 1, 2015, when the law takes effect.

Q. How much will it cost?

A. Economists with the Legislative Revenue Office estimate that initially an ounce of legal marijuana will cost about $330. That’s about $12 a joint. It’s well above the price of black-market marijuana, which state officials put at about $177 an ounce. 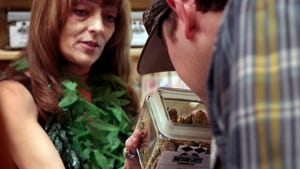 Marijuana profits up in smoke under IRS rules

A. At that time any person 21 or older, whether they’re a resident of Oregon or not, can possess up to 1 ounce of pot — about 28 joints — on their person, up to 8 ounces in their home and up to four plants.

The law also allows a person to posses up to 1 pound of solid edibles like cookies, 72 ounces of marijuana-infused liquid like soda or lotion and 1 ounce of marijuana extract.

A. Measure 91 requires all marijuana and marijuana-infused products to be tested for mold, mildew, pesticides and potency before they are placed on store shelves.

Where America landed on marijuana

Q. Can I buy marijuana in July?

A. Don’t grab your wallet just yet. Recreational sales won’t likely start until at least January 2016.

That’s because Measure 91 gives the Oregon Liquor Control Commission until Jan. 1, 2016, to finalize the rules governing production, processing and selling of marijuana.

People looking for legal marijuana from July to January will have to grow their own or be given some from a friend. Sales of both plants and products won’t be legal until the commission issues licenses to retailers.

Q. Where will I be able to buy marijuana when it goes on sale?

A. That will depend on what the liquor control commission decides in its rule-making process.

The five-member commission will decide on things like whether medical dispensaries can expand their businesses to include retail and how far these businesses need to be from schools and public parks, Chairman Rob Patridge said.

Cities and counties may impose additional restrictions on location and hours of operation as well as outright banning of recreational sales.

Q. Can I give the commission my opinion?

A. Yes. Patridge plans to take the commission on the road during the first half of 2015 to ask Oregonians for their input on draft rules and regulations.

You can also sign up for updates from the OLCC at www.Marijuana.Oregon.gov.

Q. Can I bring marijuana back from Washington?

A. Federal law still prohibits transporting marijuana across state lines — which mean you can’t head to Washington state and bring marijuana back even though it’s legal in both states.

Oregon will enforce state law, but the U.S. Attorney’s Office and the Oregon Department of Justice will make the decision to prosecute someone federally after July 1, said Gregg Hastings, Oregon State Police spokesman.

You also can’t ship your pot to a friend in Alaska, Colorado, or the District of Columbia because federal law still prohibits the shipping of controlled substances like marijuana.

Court considers whether legal marijuana use is ‘lawful’

A. Maybe. The law doesn’t prohibit businesses from firing employees who test positive for marijuana. Pot is still illegal under federal law, and many companies may continue to have a zero tolerance policy.

Q. What if some Oregon cities ban marijuana sales?

A. You will be still be allowed to grow your own and the same rules governing possession will apply.

Q. How much money will Oregon earn?

Q. Where will that money go?

A. Here’s how the pie will be cut:

A. That’s tricky. Measure 91 prohibited local municipalities from passing their own taxes, but dozens of cities already have considered ordinances.

The cities hope the Legislature will amend the law to allow for local taxes. If not, some plan to go to court.

Q. Will the Oregon Legislature make any changes to the law during the 2015 Legislative session?

Q. When will the liquor control commission start making rules and regulations for growers, processors and retailers?

A. The first thing the commission plans to do is go before the state’s emergency board in December and ask for enough money to hire about 28 people to help the agency with processing applications, inspections and other work related to marijuana sales.

Then, the commission plans to listen to Oregonians, the Oregon Health Authority, Department of Agriculture, the Legislature and industry experts.

“It’s going to be a collaborative approach to how we are going to do this,” Patridge said. 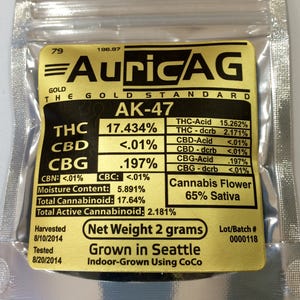 Q. What will it cost to open my own marijuana retail shop?

A. Measure 91 states that the commission will assess a nonrefundable application of $250 and a $1,000 annual licensing fee.

Q. How will producers pay their taxes?

A. Marijuana growers will pay the $35 per ounce tax on marijuana flowers, $10 per ounce on marijuana leaves and $5 per immature plant to the Oregon Liquor Control Commission.

Section 35 of Measure 91 states that every producer will submit a statement by the 20th of each month that lists what they sold in the previous month.

Q. What states are likely to have a legalization initiative on their ballot in 2016?

A. “I would look to California to be the anchor,” said Ethan Nadelmann, executive director of the Drug Policy Alliance. “I would say that Maine and Nevada seem very likely. Massachusetts and Arizona seem somewhat likely.”

Q. Is this the beginning of a wave of pro-legalization election wins across the country?

A. That depends on whom you ask.

“This was not the complete slam-dunk the legalization groups expected. Alaska barely voted to legalize, and several cities rejected marijuana retail stores outright,” said President Kevin Sabet of Smart Approaches to Marijuana. “We are confident the more people know the truth about marijuana and the Big Tobacco-like marijuana industry, the more opposition to marijuana legalization will continue to grow.”

However, Nadelmann had a different opinion.

“Democrats were resoundingly trounced by Republicans, yet all of our issues prevailed,” Nadelmann said.

He said it’s a sign to him that marijuana legalization has a growing support among conservatives and moderates, which means that drug-reform policy “has truly come of age in national politics.”

Q. Does Alaska’s vote have any special impact?

A. “We’ve now legalized marijuana in a red state,” said a spokesman for Alaska’s Measure 2, Taylor Bickford. “This issue has transcended your traditional, ideological partisan boundaries.”

Q. What about the vote in the District of Columbia?

A. Our nation’s capital is Congress’ backyard, which means that members of Congress from every state are going to get a firsthand look at how legalization works or doesn’t work.

“The second element of the backyard is that Congress has such unique powers vis-a-vis D.C.,” Nadelmann said.

What that means: Congress can overrule the district’s laws.